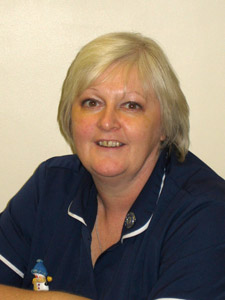 Helen started her nurse training in 1977 in Leicester, at Charles Frears School of Nursing and qualified as a State Registered Nurse in 1981.

She worked as a Staff Nurse at the Leicester Royal Infirmary until 1984 when she left to begin her District Nurse training at Demontfort University. She qualified in 1985 and worked in the Braunstone and Blackbird Road areas of the city.

She came to work as a Practice Nurse in Countesthorpe in 1988. Her role includes chronic disease management, particularly diabetes, health promotion, smoking cessation, sexual health and other clinic room services.

She also manages the team of nurses and health care assistants. 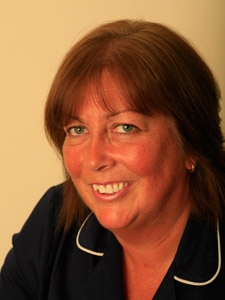 Judy lives in Countesthorpe and is married with three children.

She trained at Charles Frears School of Nursing and qualified as a State Registered Nurse in 1978. She worked at Leicester Royal Infirmary until 1980 when she trained as a midwife.

Judy joined the Health Centre in 1989 and currently works here on Mondays, Wednesdays and Thursdays. She specialises in Asthma, COPD, Family Planning and Travel Medicine. 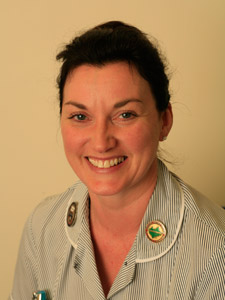 Louise trained at the North Warwickshire School of Nursing in 1983, working at the George Elliot and Manor Hospitals.

She qualified in 1985 as an enrolled nurse and spent her first 3 years working in acute medicine for the elderly. In 1988 she joined the community nursing service in the Blaby and Lutterworth locality and was based at Countesthorpe for a large part of that time. Louise completed additional courses in Care of the Elderly, Teaching and Assessing and District Nursing. She completed a conversion course in 1995 to achieve Staff Nurse status.

In June 2009 Louise joined the practice nursing team. Besides offering the range of Practice Nurse services, she will soon be training to provide closer support for patients with certain long term conditions.

Louise is married with two children and works 3 days a week at the practice. 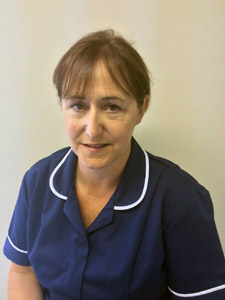 Jacqui completed her training at the Mansfield and Worksop School of Nursing and qualified as a Registered General Nurse (RGN) in 1988. She first worked on the Nottingham neonatal unit during which she was seconded to Oman in the Middle East as an Education Sister for 2 years.

She later held a post as an Education Sister on the paediatric ITU (Children’s Heart Unit) at Glenfield Hospital, where she qualified as a Registered Sick Children’s Nurse (RSCN). Subsequently she became a clinical trainer and area manager for a medical company and then a hernia specialist for a further 2 years. She enjoys teaching and supporting the development of colleagues.

She is married with 2 children and enjoys time away with family, socialising with friends and walking the dog.

Carole originally comes from the Midlands and joined Countesthorpe Health Centre in 2006.

Carole is married with 2 children and lives in Countesthorpe. She likes watching live bands and going on holidays.